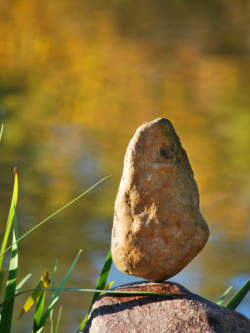 Everyman’s search for joy requires him to take a stand amid two great systems of forces. He must oppose those influences which would debase him and enslave him. His is the choice between the exalted and the mean, and between freedom and servitude. The conditions of life are such that he must make his choices, wittingly take up and hold his position lest his fate be the result of weakness and circumstance. The forces exist: he must either succumb or conquer.

In both struggles he evidences his inherent drive to be a free being, to express his full potentiality, and to actualize his highest dreams. Although the competition between good and evil is the more significant battle, in terms of the quality of the human product for which he strives; still, the fight for freedom is decisive. Only in the noble atmosphere of freedom can he experience the joy born of the knowledge that whatever honorable achievement he may attain, it is his own personal accomplishment and victory.

This series of articles deals with the expressions of that persistent, inborn drive for human independence as it is effected in our nation in our day. It is no coincidence that this land has enjoyed one of the most extensive and impressive periods of freedom in all history. Two centuries ago there occurred a succession of events which culminated in the founding of a government wonderfully unique in history and profoundly significant in its ability to run that delicate golden mean of allowing the maximum freedom of the individual while protecting others from potential abuses thereof.

This brightest of governmental stars was the creation of the minds of some very wise men. Fortunate it is, that those of us who have lived in the freest nation are not left to wonder about the principles which gave us that liberty. Knowledge and understanding of those principles is the more urgent now as we witness an accelerating drift away from individual freedom by the transforming of a once limited government into an already pervasive and sometimes downright stifling bureaucracy.

Some historians have noted that our nation seems to be following a typical cycle of formation, growth, influence, and decline. What we are seeing then, in our national crises, is probably no more or less than the results of normal wear and tear, the natural consequence of life and time. That being true, there arises a largely ignored but terribly significant question of causes. Changes have been made to the Constitution with the motivation to alleviate problems. So much is clear. But have those same modifications created more troubles than they may have assuaged? As the machinery of government begins to break down, we hear proposals to make further changes or even to replace it, That could seem reasonable were we not considering one of the most amazing political machines in history. It would be the height of folly to inconsiderately tamper with or lay aside the instrument of such extraordinary human freedom and progress. Prudence suggests rather, that we seek counsel from the sources.

Although those men who framed our freedom are no more among us, there exists an extensive collection of their thoughts. These articles draw upon those sources to show us a view of our political day as it would appear to the Founders, We have little hope of solving our political problems until we can get them into a proper perspective and discern what they really are. It would seem reasonable to begin by positioning them thus in the light thrown from the fires of freedom lit by the Founding Fathers.

So that the reader may fully appreciate the true source of the principles expounded here, the Fathers speak in the first person with a composite style which draws upon words, phrases, and literary structure something like they used. That is mixed with enough modern concepts and events to render the matters relevant, and yet hopefully at least reminiscent of those original fountains.

It has been a humbling but rewarding task to discover the astounding depth of insight into our modern problems possessed by the Founding Fathers. One of the more difficult aspects of this work has been to put down their writings and to take up my own.