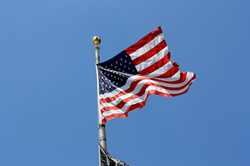 In the fall of 1975, the author attended a series of lectures on the US Constitution sponsored by the Freeman Institute [now the National Center for Constitutional Studies] and narrated by the institute's founder and well-known author, W. Cleon Skousen. Taken by the depth of understanding of the Founding Fathers, Mr. Pemberton started studying their writings and then began to write what he thought the Founders might say to us today.

He was surprised by what happened: time after time as he pondered their perspectives on government and human nature, he found himself filled with emotion while words poured into his mind in whole paragraphs and he struggled to record the speech he was hearing. "I had to keep a note pad and pencil beside me for a few months so as to always be ready," said the author.

The resulting writings became a series of eight articles called A New Message and were published by the Foundation for Economic Foundation as their bicentennial feature beginning with the May 1976 issue of The Freeman magazine.

Dr. John Howard, Director of the Rockford College Institute [now The Howard Center], Rockford, Illinois, said "I think this commentary will do more to stimulate thinking about our nation's founding than any other Bicentennial writing I have seen." and obtained permission to re-publish them in booklet form in 1979. Copies were distributed to members of the Institute.

As the federal government threatens to completely commandeer the sovereign states that created it, and to strip the people of the rights it was ordained to protect, it is not too soon for the children to hear their Founding Fathers explain the Constitution, to learn what it was designed to do and then to ensure that it is held inviolate as the ruling document of that government and the protector of their inalienable rights.